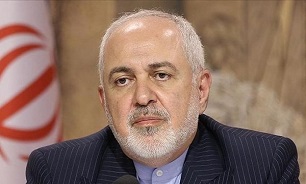 Zarif and his two European counterparts also touched upon the latest state of the Joint Comprehensive Plan of Action (JCPOA) and regional developments.

The trio also discussed the latest situation in Nagorno-Karabakh region and expressed concern over escalation of tensions between Azerbaijan and Armenia.

In relevant remarks on Wednesday, Iranian President Hassan Rouhani in a telephone conversation with Armenian Prime Minister Nikol Pashinyan voiced his country's readiness to resolve the ongoing dispute between Armenia and Azerbaijan.

"War and conflict are not a good solution to problems and disputes and will complicate the situation," President Rouhani said during the phone talk while stressing that Tehran is fully prepared to mediate between Yerevan and Baku to overcome their existing problems.

He underlined that stability and security can be the bedrock of development, adding, "Our region cannot withstand instability and a new war."

"It is important for us to stop these conflicts, and we expect the two countries to take a step in this direction with tact and restraint," the Iranian president said.

The Prime Minister of Armenia, for his part, said that any tension and conflict would be to the detriment of all countries in the region and welcomed any practical initiative to stop the violence.

Fighting between Azerbaijan and Armenian forces over the breakaway territory of Nagorno-Karabakh entered a fourth day on Wednesday in the biggest eruption of their decades-old conflict since a 1994 ceasefire.

Conflict in the Nagorno-Karabakh region began following the breakdown of the Soviet Union in the late 1980s and lasted till approximately 1994, with both Armenia and Azerbaijan claiming this strategic territory. At that time, the enclave of Nagorno-Karabakh had held a referendum boycotted by Azerbaijan where the people chose independence over joining either of the two countries.