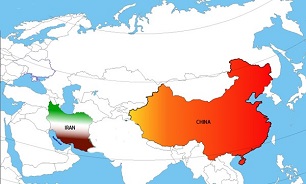 He wrote on his Twitter page in Farsi that Iran and China have had good diplomatic relations for several decades, hoping that next year both countries will celebrate the 50th anniversary of these relations more gloriously.

In relevant remarks on Tuesday, Iranian Foreign Minister Mohammad Javad Zarif felicitated China on the 71st anniversary of the foundation of New China, wishing wider partnership between Tehran and Beijing.

Zarif, on his Twitter account, congratulated Chinese people and government in Chinese language on the 71st anniversary of establishment of New China (October 1) and expressed hope that the two countries will develop further partnership and cooperation.

He also hailed the Chinese government and nation’s handling of coronavirus epidemic.