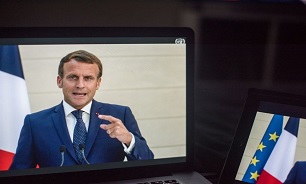 “The claim by President Macron that ‘Islam is in crisis’ is a dangerous and provocative statement, encouraging Islamophobia and anti-Muslim demagoguery,” presidential spokesman Ibrahim Kalin wrote on Twitter on Monday.

“Making Islam and Muslims a scapegoat for the failures of the French Republic is a far cry from rational policy,” he added.

In a speech, Macron claimed that Islam is a religion that is “experiencing a crisis across the world”.