No significant task can be done without public diplomacy

TEHRAN (defapress) – Iranian Ambassador to the Russian Federation said that no important ask can be done in absence of public diplomacy and media.
News ID: 82219 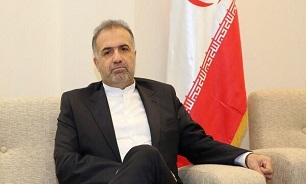 Speaking at the 3rd meeting of Iran-Russia Media Cooperation Committee on Tue., Kazem Jalali said that Islamic Republic of Iran and Russian Federation share common stance in the fight against unilateralism, extremism and occupation.

Strong political relations have been established between Tehran and Moscow but economic and cultural relations must also be strengthened, he emphasized.

He described the role of Iran-Russia Media Cooperation Committee ‘important and decisive’ and called for holding regular meetings between Iranian and Russian members of this committee.

While appreciating Russia's position in the UN Security Council against US unilateralism, Jalali said, "Undoubtedly, political relations between the two countries can be sustained when economic and cultural activities are supported and Iran-Russia relations are good and developing.”

The 3rd meeting of Iran-Russia Media Cooperation Committee was held in Tehran on Tue. evening at the initiative taken by the Press Deputy of the Ministry of Culture and Islamic Guidance. The meeting was held in the form of a webinar and with online speeches by a number of politicians and media managers of the Islamic Republic of Iran and the Russian Federation.