Russia Says Not Afraid of US Sanctions, Will Resume Military Cooperation with Iran 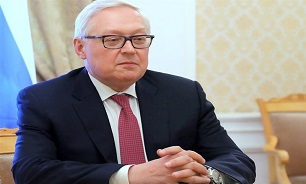 “Russia is not afraid of US sanctions because it is accustomed to them,” Ryabkov said, according to the TASS news agency on Sunday.

He added that Russia is developing multi-aspect cooperation with Iran and “cooperation in the military-technical sphere will proceed depending on needs of the parties and mutual readiness to such cooperation in a calm fashion.”

The Foreign Ministry of the Islamic Republic of Iran released a statement on Sunday, announcing the official termination of UN Security Council provisions on arms restrictions and travel ban.