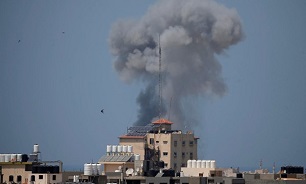 Palestinian media reported that the Israeli airstrikes targeted farmlands in the Gaza city of Deir al-Balah late on Tuesday.

There were no immediate reports of casualties from the attacks.

The English-language Times of Israel online newspaper and the Jerusalem Post daily paper claimed that the Israeli artillery had targeted an "underground facility" belonging to the Palestinian Hamas resistance movement in the Southern Gaza Strip.

Israeli media added that the regime’s latest airstrikes came in response to rocket fire from the Gaza Strip.