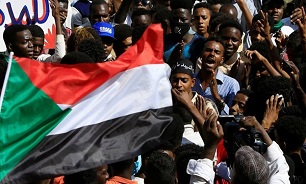 Ismail Haniyeh, the head of the Hamas political bureau, said on Monday that Sudan’s deal was “a political aberration that reflects the nature of the schism between the [Arab] rulers and the nation’s conscience and history”, presstv reported.

The Hamas official said the deal does not reflect the Sudanese nation’s historical standing with regard to the Palestinian cause.

“The regional map is drawn only by the peoples who are adherent to their constants and our inalienable rights in Palestine and refuse to recognize the usurping Zionist entity that will not have a future at the expense of our people’s rights on their homeland Palestine,” he added.

Acting Foreign Minister Omar Gamareldin, however, said on Friday the accord will depend on approval from its yet-to-be formed legislative council. It is unclear when the assembly will be formed under a power-sharing deal between the country’s military and civilians.

Friday’s deal makes Sudan the third Arab country to normalize relations with Israel in the past two months, after the United Arab Emirates (UAE) and Bahrain.

In mid-September, Trump presided over the signing of the pacts between Tel Aviv, Abu Dhabi and Manama. During a ceremony at the White House, Trump said “five or six” other countries were close to making similar agreements with Israel.

Israeli officials say Oman is likely the next Arab country to normalize ties.

Elsewhere in his remarks, Haniyeh also lambasted President Emmanuel Macron of France for promoting Islamophobia after he criticized Islam and defended the publication of defamatory cartoons of Prophet Mohammad (PBUH).

Such a behavior, the Hamas leader said, “undermines the meanings of tolerance and coexistence between the world’s peoples and nations”.

Last week, an 18-year-old assailant beheaded a French history teacher outside his school in a Paris suburb. The teacher had raised controversy and provoked anger over showing the defamatory cartoons.