TEHRAN (defapress)- China introduced tougher regulatory standards on a list of US media outlets in a “necessary and reciprocal” move following Washington's decision to hit a number of Chinese journalists with restrictions.
News ID: 82390 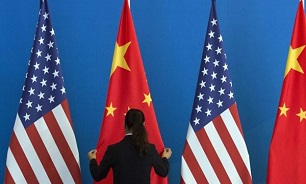 Last week, the US declared certain Chinese media outlets to be “foreign missions”. In response, Beijing announced on Monday that six US media organisations will be required inform the government of their staffing, finances, and real estate, RIA Novosti reported.

The US media firms who have been impacted by the new rules are American Broadcasting Corporation (ABC), the Bureau of National Affairs, Feature Story News, The Los Angeles Times, Minnesota Public Radio, and Newsweek.

In a statement on Monday, Foreign Ministry Spokesman Zhao Lijian described the measures as “legitimate and justified self-defense in every sense” in response to ongoing US policy.

“What the United States has done is exclusively targeting Chinese media organizations driven by the Cold War mentality and ideological basis,” Zhao added.

In addition to labeling them as foreign missions, Washington has limited the number of journalists who can work at US offices of Chinese media outlets from 160 to 100.

Beijing and Washington have been introducing tit-for-tat restrictions on media outlets amid increasingly hostile rhetoric from the White House.

Last week the US designated a further six Chinese media organisations as state propaganda outlets. The Beijing Review, the Economic Daily, Jiefang Daily, Social Sciences in China Press, the Xinmin Evening News, and Yicai Global were all hit by the new rules, bringing the number of Chinese media outlets listed as foreign agents this year to 15.

US Secretary of State Mike Pompeo claimed that the move was intended to push back against alleged "propaganda efforts from the ruling Communist Party of China (CCP)".

“They are also substantially owned, or effectively controlled by a foreign government,” he stated.

“We are not placing any restrictions on what these outlets can publish in the United States; we simply want to ensure that American people, consumers of information can differentiate between news written by a free press and propaganda distributed by the Chinese Communist Party itself. Not the same thing," he continued.

The editor-in-chief of the Chinese-owned English language newspaper Global Times said in a tweet that Washington had “gone too far” and warned of retaliation.

Designation as a foreign mission requires outlets to report information regarding their US-based staff and real estate transactions to the state department. This marks the third time the US has slapped the restrictive label on Chinese outlets.

China has denounced the restrictions and expelled US citizens who work for large foreign news organisations, including The New York Times, Wall Street Journal, and The Washington Post.

In September, the Foreign Correspondents’ Club of China announced that Beijing was no longer renewing press credentials for US media employees working in the country. This came in response to a ruling from the White House in May that limited the validity of visas for Chinese journalists in America to 90 days.

This comes as the world’s two largest economies are in a state of economic conflict as the US slaps tariffs and attempts to restrict Chinese firms from investing worldwide on accusations of unfair trade practices and siphoning user data to the CCP.

Beijing has adamantly rejected the claims and says that Washington is pivoting against China due to fears that Chinese economic growth will soon surpass the US.