TEHRAN (defapress) – An official with the United Nations highlights that the settlements built by the Israeli regime in Palestinian occupied territories are illegal.
News ID: 82528 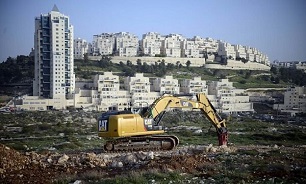 Speaking in a press conference on Friday, Stéphane Dujarric, Spokesman for the UN Secretary-General, said that the position of the United Nations regarding the illegality of Israeli settlements has not changed, according to al-Quds al-Arabi.

His remarks come as US Secretary of State Mike Pompeo is reportedly scheduled to pay a visit to occupied Palestinian territories in West Bank and Golan Heights.

Asked about Pompeo's visit, the spokesman said "We do not want to comment on matters that have not yet happened, but our position on settlements in the occupied Palestinian territories, and their illegality, remains the same and has not changed."

If the visit is made, Pompeo will be the first US Secretary of State to visit occupied territories.

Meanwhile, Palestinian groups have condemned the visit, calling it a 'rebellion against international law'.

"The visit confirms the rebellion of the American administration against all international laws and norms, and once again reflects the crime committed by the parties that were normalized with the occupation," Hazem Qassem, a spokesman for Hamas, said, referring to the UAE, Bahrain and Sudan.

The visit comes in line with the policy of the administration of the outgoing US President Donald Trump, who said in November 2019 that “the United States no longer considers the settlements a violation of international law.”