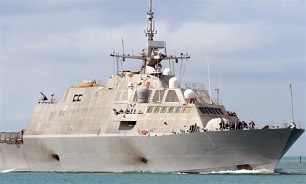 According to the ministry, at 06:17 Moscow time (03:17 GMT) on Tuesday, the USS John S. McCain, which entered the Sea of Japan several days ago, violated Russia’s territorial waters in the Peter the Great Gulf, "passing the maritime border by two kilometers" , TASS reported.

"The Pacific Fleet’s Admiral Vinogradov anti-submarine destroyer used an international communication channel to warn the foreign vessel that such actions were unacceptable and the violator could be driven out of the country’s territorial waters in a ramming maneuver. After the warming was issued and the Admiral Vinogradov changed its course, the USS John S. McCain destroyer returned to international waters," the statement said.