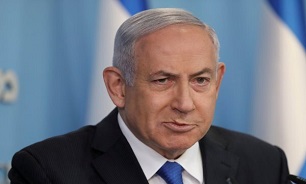 The visit will be made at the invitation of Bahraini Crown Prince Salman bin Hamad Al Khalifa, Reuters reported.

Netanyahu said in a video statement that he and the crown prince talked over the phone on Monday about ways to strengthen ties between the two countries. He said it was their second talk and described it as "very friendly."

"He also invited me to come in the near future for an official visit to Bahrain," Netanyahu said. "I will do so... with pleasure."

This is while, Zionist media reported on Monday that Benjamin Netanyahu, accompanied by Mossad Head Yossi Cohen, made a secret trip to the Saudi city of Neom on Sunday, where he held a tripartite meeting with Saudi Crown Prince Mohammed bin Salman and US Secretary of State Mike Pompeo.

However, Netanyahu informed neither Gantz nor Ashkenazi of his secret visit to Saudi Arabia.

It is believed that the Zionist PM's trips to the Middle Eastern Arab states are a way to Facilitate the normalization of ties with them.