TEHRAN (defapress) – Adviser to the Leader of the Islamic Revolution for International Affairs said that the visible and hidden perpetrators of the assassination of martyr Fakhrizadeh should wait for the revenge of Iranian nation.
News ID: 82664 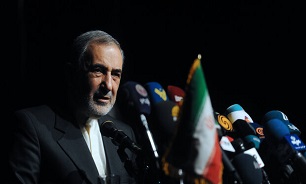 "The cowardly assassination of the head of the Organization of Defensive Innovation and Research (SPND), who was considered as one of the prominent scientists of the country, once again exposed the malice of the enemies of Iranian nation and Establishment, who assassinate scientific figures to achieve their nefarious goals and conspiracies," he said.

"Certainly, the enemies of the Iranian nation, who have failed to implement the policies of sanctions and maximum pressure, have resorted to such cowardly and vicious acts out of anger and rage," he added.

Warning that the visible and hidden perpetrators of the assassination of martyr Fakhrizadeh should wait for the revenge, Velayati said, "Such actions can never stop the stability of the Iranian nation in resisting and defeating the conspiracies of the criminal enemy and achieving scientific development, and the Iranian nation will avenge the blood of this great martyr from the terrorist elements and their supporters."

During the conflict, the security team protecting Iranian scientist were also injured and transferred to hospital.