TEHRAN (Defapress) - Moroccan authorities prevented a protest in the capital Rabat against the kingdom’s move to normalize ties with Israel
News ID: 82762 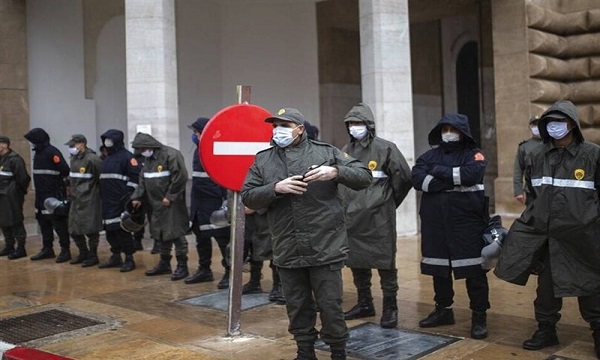 Local sources said that Rabat refused to authorize an anti-normalization demonstration scheduled for Monday in front of parliament.

A heavy police presence backed by water cannons and anti-riot forces deployed in the main avenue leading to Parliament square, where a group of pro-Palestinian rights organizations had planned the sit-in, according to Reuters.

Six Moroccan associations have issued a joint statement describing the move as a "dangerous development".

The associations said they considered that “the official Maghreb, Arab and African regimes are providing free services to the Zionist entity (Israel) at a time when it should have become necessary to impose international sanctions and isolate it”.

On Thursday, Morocco's King Mohammed VI announced that official bilateral ties and diplomatic relations with Israel were to be established “as soon as possible,” according to a statement issued by the royal court.