TEHRAN (Defapress) - Iran's Permanent Representative to Vienna-based International Organizations Kazzem Qaribabadi voiced Tehran’s serious concern over America’s plan to carry out nuclear explosion tests, warning that the move will be detrimental to peace and security in the world.
News ID: 82771 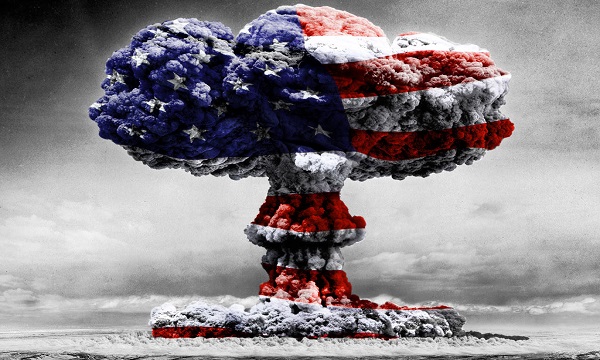 Qaribabadi said at the 55th session of the CTBTO Preparatory Commission on Tuesday that Iran is seriously concerned over Washington’s plan for further nuclear tests, adding, "Such a move would not only be seen as a clear violation of the moratorium on nuclear explosive tests, but would also severely undermine disarmament and the non-proliferation regime and, consequently, international peace and security,"

He underlined Iran’s long-standing and principled position on the necessity of complete elimination of all nuclear weapons, adding, "Iran supports the objectives of the Nuclear Non-Proliferation Treaty (NPT) with the ultimate goal of disarmament, as well as general and complete disarmament under strict and effective international control."

"We also strongly believe that stopping all explosive tests of nuclear weapons and other nuclear explosions, as well as ending the quantitative development and qualitative improvement of these weapons, is the first necessary step towards nuclear disarmament," the envoy went on to say.

He reiterated that more than two decades after the ratification of the NPT, its main objective has become more unattainable than ever, and noted, "If it is scheduled that the objectives of this agreement are to be fully realized, it is essential that countries with nuclear weapons commit to nuclear disarmament."

Qaribabadi lashed out at the US destructive approach to disarmament treaties and non-proliferation, saying, "We express our deep concern, in particular, over reports of some discussions by senior US officials on the possibility of conducting nuclear explosion tests."

He also expressed grave concern over the approval of a $10 million budget by the US Senate Committee as preparation for a nuclear test and urged Washington to live up to its commitments.

Qaribabadi then referred to the Saudi regime in relation with the Comprehensive Nuclear-Test-Ban Treaty, and censured the Saudi rulers for not signing the treaty, calling on the country to sign the treaty as soon as possible.

Saudis’ surreptitious nuclear program, which had been revealed by whistle-blowers, was recently confirmed by satellite images showing a huge compound, in a very suspicious location in the middle of the desert, a checkpoint, towering security fences, a big building about 150 feet on a side and pools for the collection of uranium waste; a typical blueprint for yellow-cake mills.

The Wall Street Journal exposed the facility constructed in a remote area in the country for extracting uranium yellow-cake from uranium ore.

Observers say such furtive nuclear capabilities in the hands of the Saudis are extremely worrying, given the appalling Saudi human rights record in their genocidal war in Yemen and throwing their all-out support for terrorist groups and organizations in West Asia and beyond.

In relevant remarks in mid-October, Iran’s Permanent Envoy to the UN General Assembly First Committee (also known as the Disarmament and International Security Committee) Heidar Ali Balouji said Riyadh’s reluctance to implement the IAEA safeguards regime comes as the country’s surreptitious program enables it to conceal its nuclear activities far from the eyes of the IAEA.

“Concerns about Saudi Arabia’s leaked nuclear activities and identification of its nuclear sites hidden in desert require international collective efforts, so much so that Saudi Arabia be held accountable for the consequences of its behaviors,” he said.

“A steady and not selective implementation of the Safeguards will serve the international community in the long run,” Balouji noted.

The diplomat added that the world should ask Riyadh to fully implement the Comprehensive Safeguards Agreements without any delay.

He made it clear that a halt of international nuclear assistance for Saudis would be the only way to remove the plenty of concerns over their stealthy activities.

Balouji went on to say that lack of transparency in Saudi regime’s activities is definitely in violation of the whole Safeguards regime.