Zarif lashes out at Trump on Baghdad rocket attack claims

TEHRAN (Defapress) - Iran’s Foreign Minister has lambasted US President Donald Trump for accusing Iran of being behind the recent rocket attacks on the American embassy in Baghdad.
News ID: 82800 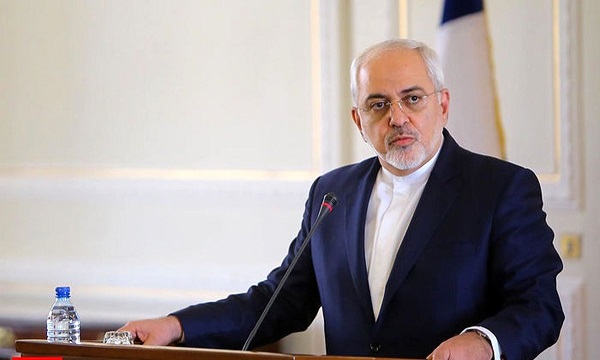 The tweet also incorporated a photo showing Trump’s old tweets back in 2011 that said, “Don't let Obama play the Iran card in order to start a war in order to get elected”.

Another tweet by Trump in 2012 said, “I always said @BarackObama will attack Iran, in some form, prior to the election”.

Late on Sunday, the Iraqi officials announced that at least three Katyusha rockets had landed within Baghdad’s Green Zone.

The rockets landed close to the US diplomatic mission, causing sirens blaring within the compound without any casualties apart from some material damage.

On Wednesday, Trump accused Iran of being behind the recent rocket attack, warning Tehran that he would hold it accountable “if one American is killed” in rocket attacks in Iraq.

“Our embassy in Baghdad got hit Sunday by several rockets. Three rockets failed to launch. Guess where they were from: IRAN. Now we hear chatter of additional attacks against Americans in Iraq...,” Trump claimed in a tweet on Wednesday night. “If one American is killed, I will hold Iran responsible. Think it over.”