TEHRAN (Defapress) - Pakistan on Saturday rejected the Indian prime minister's claim of democracy in Jammu and Kashmir and termed it "preposterous and fallacious".
News ID: 82811 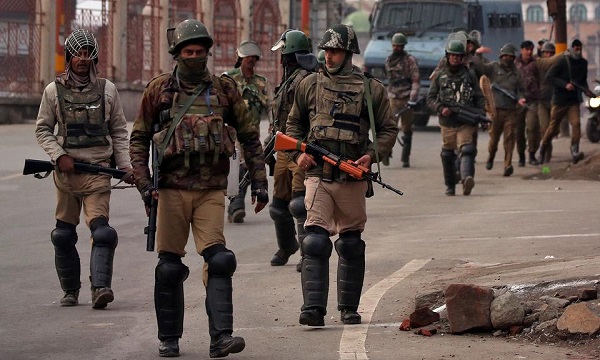 In a statement, the Foreign Ministry said the RSS-BJP (Rashtriya Swayamsevak Sangh-Bharatiya Janata Party) brand of democracy only means the muzzling of the Kashmiri voice and will, under the bayonets of Indian army guns, Anadolu news agency reported.

"The 'new chapter' that the RSS-BJP regime is writing in IIOJK is one marked by brutal military siege since August 5, 2019, egregious violations of human rights in the occupied territory, and untold sufferings for the Kashmiri people," the ministry said.

Addressing an event in Kashmir through video link on Saturday, Indian Prime Minister Narendra Modi said that development of Jammu and Kashmir is his government's top priority, adding the recent District Development Council elections were conducted in a transparent manner.

Modi termed the elections a new chapter, saying it showed the strength of India's democracy, according to All India Radio.

However, Islamabad said India should end its illegal occupation and meet its obligation of holding a plebiscite, allowing the Kashmiris to exercise their right to self-determination as enshrined in the relevant UN Security Council resolutions.

On Wednesday, a multi-party coalition that opposed India's decision to unilaterally strip Jammu and Kashmir of its special autonomy won the district council elections in the restive Himalayan region.

The alliance was formed on the eve of August 5 last year when India abrogated Article 370 and Article 35A, which granted the Muslim-majority region special autonomy and prevented outsiders from buying property or taking government employment. Most of its leaders were jailed or placed under house arrest.

Also, in Siachen glacier in Northern Kashmir, Indian and Pakistani troops have fought intermittently since 1984. A cease-fire took effect in 2003.

According to several human rights organizations, thousands have reportedly been killed in the conflict since 1989.