TEHRAN (Defapress) - The Iranian foreign ministry underlined on Wednesday that the blood of former IRGC Quds Force Commander Lieutenant General Qassem Soleimani united the regional nations against the US military deployment in the region.
News ID: 82830 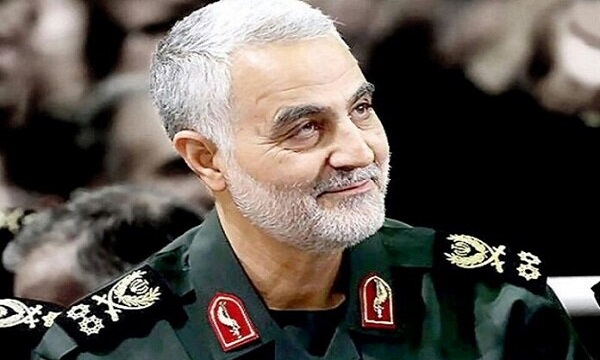 “Last year, across the region, from Iran and Iraq to India and Pakistan, people showed disgust for murderers of General Soleimani,” the foreign ministry wrote on its official twitter page, and released photographs of ceremonies held by the regional nations to mourn General Soleimani’s martyrdom last year.

“His blood united our region in standing in opposition to the US arrogance and presence. A real response to recklessness. The anger and unity still stand,” it added.

The foreign ministry also used the #WillNeverForgetWillNeverForgive in emphasis for the harsh revenge vowed by the Iranian people and officials after the US assassination of General Soleimani.

The Iranian foreign ministry had also in a statement on the occasion of the anniversary of the US assassination of General Soleimani on Tuesday underlined that the Iraqi parliament’s approval in January is a beginning to end the American forces’ presence in the region.

“By the cowardly assassination of Gen Soleimani, the US committed a grave mistake,” the Iranian foreign ministry wrote on its official twitter page.

“Iraqi MPs' vote to expel US troops is the beginning of the end of the malign presence in our region. Our region has suffered enough by the interventions of the US outlaw regime,” it added.

The Iraqi parliament called on the government in January to work to end all foreign troop presence as a backlash grew after the killing of the senior Iranian and Iraqi military commanders in the US strike in Baghdad.