'Fear of revenge not leaving US alone'

TEHRAN (Defapress) - Iranian Army’s first-in-command says the revenge for the US’s assassination of General Soleimani is not over yet.
News ID: 82833 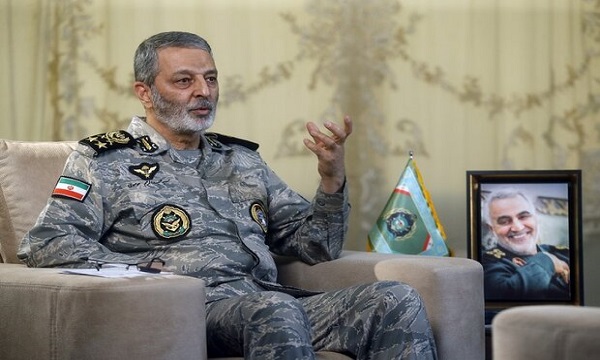 “Fear of revenge will not leave alone the Americans, Zionists, and those that had accompanied them [in assassinating Soleimani],” General Seyyed Abdolrahim Mousavi said on Thursday in an interview with Army’s press service.

“They are aware that the Islamic Republic of Iran and the Leader are serious and will fulfill their promise,” he added.

There are no individuals in America or in the Zionist regime whose blood would compensate the blood of martyr Soleimani, highlighted the commander.

The Major General stressed that the revenge for Soleimani is the expulsion of American forces from the region. “They should know that the era of domination is over and this is part of the revenge that we are talking about.”