Range limit to 2,000km for Iranian missiles not everlasting

TEHRAN (Defapress) - Stating that Iran's missile capability is non-negotiable, the Commander of IRGC Aerospace Force said that the range limit to 2,000 kilometers for Iranian missiles is not everlasting.
News ID: 82844 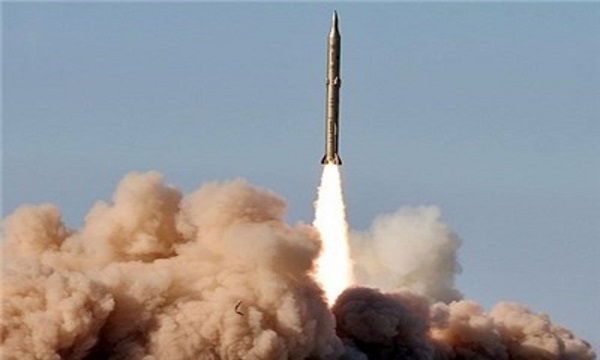 "According to the sublime instruction of the Leader of the Islamic Revolution, the Islamic Republic of Iran will support anyone and/or any country that confronts the Zionist regime," said Brigadier General Amir Ali Hajizadeh.

“What you see in missile power existing in Palestine’s Gaza and Lebanon is supported by the Islamic Republic of Iran," he added.

He noted that Iran has given military knowledge and technology to countries of the Resistant Front, adding, "Today, Palestine has been equipped with sophisticated missiles and this issue has caused fear in the Zionist regime and high power and strength of Axis of Resistance cannot be compared with 10 years ago.”

Pointing to Iran’s missile attack on US Ain al-Asad Airbase in Iraq’s Al-Anbar Governorate after the assassination of Martyr Gen. Soleimani, he said, "In fact, Iran undermined prestige and grandeur of the US in international arenas."

"We were ready for the Americans' response, and if they responded, we would hit all their bases from Jordan to Iraq and the Persian Gulf and all their ships, even in the Indian Ocean," Hajizadeh added.

Regarding Iran's missile power and some efforts to limit it, he highlighted, "Iran's missile capability is non-negotiable and nobody allowed to negotiate on this issue and that is the red line."

He stressed that the range limit to 2,000 kilometers for Iranian missiles is not everlasting.