TEHRAN (Defapress) - The Iranian Navy will resume its missions in the Red Sea, said the Chief of Staff of the Iranian Armed Forces Major General Mohammad Hossein Bagheri.
News ID: 82891 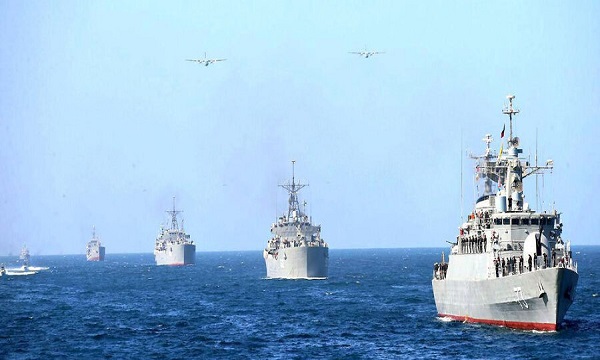 “We will resume naval missions in the Red Sea, in which our commercial vessels have recently been facing some harassed,” Major General Bagheri said on Wednesday on the opening of a two-day naval drill dubbed Eghtedar (Power) in the southern Makran shore, along Sea of Oman.

The top General underlined that the Islamic Republic’s Armed Forces will definitely ensure the full security of the country’s tankers and commercial ships in those waters.

"The armed forces of the Islamic Republic of Iran will not allow any enemy to undermine the security of its vessels,” he stressed.

He noted that the country's defensive might in the international waters is clearly visible now as “we see that Iran’s oil tankers and commercial vessels, despite all the threats, move to the furthest points, such as the Caribbean coast in Venezuela with full security and peace under the proud flag of the Islamic Republic of Iran.”

In recent years, Iran’s naval forces have had a continuous presence in international waters including the Indian Ocean, the Bab al-Mandab Strait, and the Red Sea to secure naval routes and protect merchant vessels and oil tankers against pirates.

The vessel ‘Markan’ is a domestically-manufactured helicopter carrier that can be used for logistical purposes in support of the naval forces' maritime missions.

The forward base ship can carry 100,000 tons of fuel and fresh water and supply them to the naval vessels in various locations. The Iranian vessel is capable of making voyages for 1,000 days without a port call.

It can carry seven helicopters and can support the Navy’s missions in farther waters.