TEHRAN (Defapress) - The allegation by US officials accusing Iran of support for al-Qaeda has no purpose except for appeasing the Zionist Regime and gaining support for the 2024 US election, said Pakistani Prime Minister.
News ID: 82904 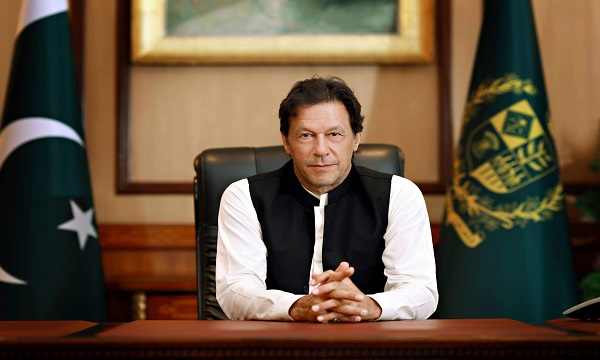 The allegations of US officials against Iran over support for al-Qaeda has done solely for the sake of pleasing the Zionist Regime, said Imran Khan, the Prime Minister of Pakistan, stressing that such accusations are baseless and unreliable.

These actions are aimed at attracting the Zionist regime’s approval and satisfaction, and no one in the world believes this, he told Bol News.

The deadline of the current US government and Pompeo has been expired, but these statements and actions are dangerous, he also said, adding that perhaps such claims by Pompeo are in line with his candidacy for the 2024 US elections, through which he aims to gain the support of the Zionist lobby.

Zionist Regime has always sought to weaken Iran and put pressure on it, while no country like Iran is at the forefront of resistance and self-reliance, he said. All terrorists of 11 September were Mike Pompeo's favorites states in the Middle East, Not Iran, Imran Khan added.