TEHRAN (Defapress) - US President Joe Biden has signed a string of executive orders that will reverse some of his predecessor Donald Trump’s divisive policies, including rescinding the “Muslim ban”, and rejoining the Paris Climate Accord.
News ID: 82922 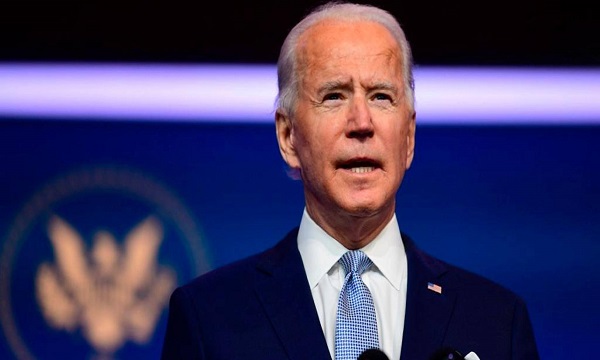 Just hours after his inauguration at the US Capitol on Wednesday, Biden signed 15 executive actions that his team earlier said aimed to “reverse the gravest damages of the Trump administration”, Aljazeera reported.

Among the actions were orders to rejoin the Paris Climate Accord and end Trump’s travel ban on Muslim countries.

The US president also canceled the construction of the wall on the US-Mexican border by proclaiming the "immediate termination" of the national emergency declaration Trump used to fund it. He also rejoined the World Health Organization, which Trump abandoned in July.

Biden took the oath of office as the 46th president of the United States Wednesday morning in a ceremony that was unlike any other in American history.

The ceremony was held at the Capitol under strict and heightened security in the wake of the violent and deadly breach of the Capitol by the supporters of Donald Trump.