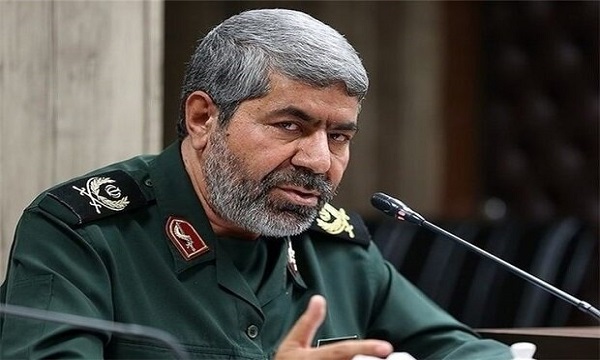 He made the remarks on Monday, noting that the enemies are using psychological warfare to undermine the Islamic Revolution.

He noted that Iran has made great progress in various fields despite the conspiracies of the enemies against the Islamic Republic in past years.

Referring to the power of the Islamic Republic, The Spokesman maintained that the recent developments show that the US has lost its hegemony.

He also pointed to the assassination of Iranian scientists by the Zionist regime and noted Iran will definitely respond to the mischievous acts of the Zionists.

Iranian nuclear and defense scientist 'Dr. Mohsen Fakhrizadeh', who headed the Iranian Defense Ministry’s Organization of Defensive Innovation and Research (known by its acronym SPND), was assassinated in November 2020 in a multi-pronged attack involving at least one explosion and small fire by a number of assailants in Absard city of Damavand County, Tehran Province.