TEHRAN (Defapress) - During a meeting with Ali Akbar Velayati, the Russian Ambassador to Iran delivered a message from Vladimir Putin in response to a message from the Leader delivered previously by the Speaker of Iran's Parliament.
News ID: 83095 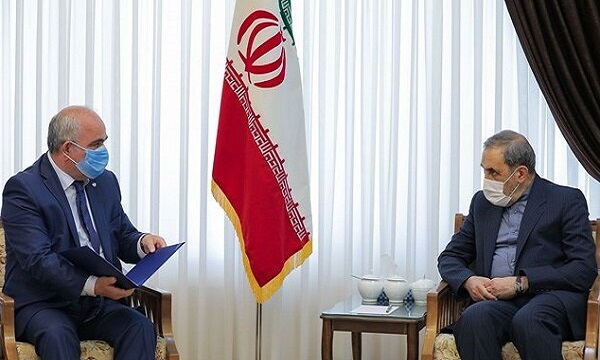 Noting that enjoying strategic relations require effective cooperation at the international level and at the regional level, Velayati added "Fortunately, Iran-Russia cooperation with Syria, at the invitation of the Syrian authorities, helped the country to resist and win its enemies who had imposed an international war against it with the participation of more than 70 countries."

"The current situation in the region is such that the two countries can be present in other areas in coordination with each other, and the cooperation will surely continue to expand and become more diverse," he added.

While emphasizing the comprehensive development of relations between them in the fields of defense, oil, nuclear, industrial, agriculture, trade development, etc., both sides discussed and exchanged views on the latest regional and international developments as well.

Ghalibaf said at the time that "The most important issue in this visit was delivering the message of Iranian Leader to the President of Russia Mr. Putin, which emphasized the strength, strategy, and continuity of Tehran-Moscow relations."