Documents of US connection with al-Qaeda in Yemen published

TEHRAN (Defapress) - For the 1st time, Yemen has released documents showing the former Yemeni government's cooperation with the CIA, which proves the connection between the US and al-Qaeda.
News ID: 83137 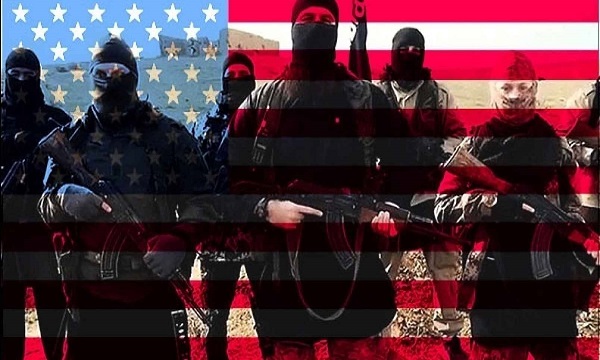 The Yemeni Armed Forces, on Tuesday, released new documents on the US military presence and bases in Yemen and the relationship between the government of "Ali Abdullah Saleh" (former Yemeni President) and US intelligence services.

According to Almasirah, the documents show the full submission of the government of Ali Abdullah Saleh to the US.

One of the conversations also referred to the direct connection between the CIA and al-Qaeda terrorists and the cooperation of Abdullah Saleh's government officials in forming this connection.

In this conversation, the head of the CIA urges the Yemeni government to release an al-Qaeda (US-affiliated) element who was arrested in the explosion at the US Navy guided missile destroyer, USS Cole.

As Major General Abdul Qadir al-Shami, the Deputy Head of the Security and Intelligence Service announced, the person the CIA director demanded his release was "Anwar al-Awlaki", a Yemeni-American citizen.

He added that the Americans train their elements in Yemen and send them for terrorist operations in other countries, but when they return, they accuse Yemen of supporting terrorists.

The Yemeni intelligence official later said that the Americans killed "Akram al-Awlaki" in 2011, who was no longer needed.

The report of the Yemeni Armed Forces also refers to a document published by the US State Department in 1998 about Yemen.

The document provides a complete description of the geographical characteristics, demographic and economic dispersion of Yemen, as well as the presence of foreign military forces in the country.

In the report, the State Department recommended that Christian and Jewish worshipping places in Yemen should be reopened and that US forces in the country should work under the support of Jews in Sanaa and Saada.

The report also identifies some places of corruption in the city of Aden and states that these places operate with the implicit support of the then Yemeni authorities to serve American soldiers.

Alcohol production centers in Sanaa and Aden have also been identified in the same report.

The US State Department also had spoken about the construction of a US naval base in the Al-Buraiqeh area of Aden province and said that the base would house reconnaissance aircraft, fighters, bombers, aircraft carriers, and warships.

In addition, Retired Marine Gen. Anthony Zinni, center, then-commander in chief of US Central Command had signed an agreement with the then Yemeni government in May 1998 about the intended services of the Yemeni naval base to US forces off the coast of al-Buraiqeh, the same report confirmed.