IRGC supports no candidate in elections

TEHRAN (Defapress) - Deputy commander of the IRGC said Saturday that the Guards does not support any contenders running in the upcoming presidential elections.
News ID: 83405 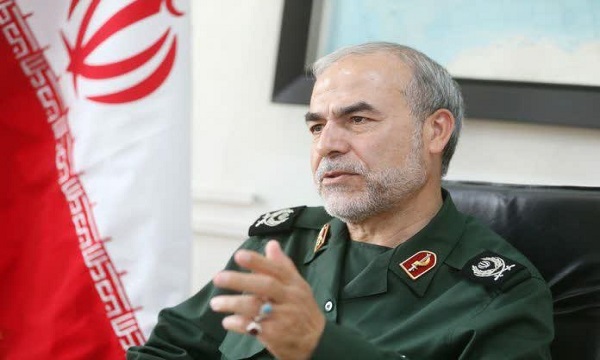 "The IRGC has said time and again that it has no one in mind running for president and does not support any particular candidate or list," Deputy Commander of the Islamic Revolutionary Guards Corps (IRGC) for Political Affairs Brigadier General Yadollah Javani said on Saturday.

"The IRGC acts and behaves politically, but it is not a political party," he added.

Meanwhile, he underlined that the solution to the country's problems is to form a young revolutionary government.

Javani said, by revolutionary, he meant that the government should follow the discourse set by the Leader of the Islamic Revolution. He explained more that any difference in the discourses between the Leader and the president will cause troubles for the country.

He further stressed the rule of law in the country, saying that everyone has to abide by the country's laws in accordance with which the Guardian Council has the right to vet those who want to run for president.

A many as seven candidates were approved by the Guardian Council and are campaigning ahead of of the elections, which are scheduled to be held on June 18.