TEHRAN (Defapress) - Iraqi sources reported the arrest of the ISIL leader in western Nineveh, stating that the arrested Takfiri was responsible for the case of the captives and those killed in the ISIL terrorist group.
News ID: 83412 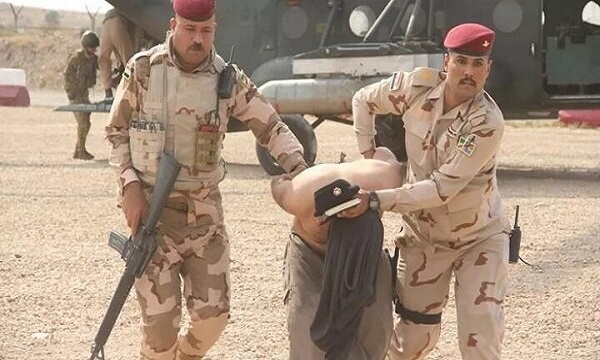 The Iraqi Security Intelligence Service in a statement announced today the arrest of the person in charge of the case of prisoners in the ISIL terrorist group, Al-Sumaria reported.

In a special and planned operation using accurate information, the moves of one of the most important terrorist elements, who was responsible for the case of the captives and those killed in the ISIL terrorist group, were monitored, the statement added.

According to the statement, he was arrested near the Yarmuk Bridge, west of Nineveh.

Following the security developments in Iraq, a number of ISIL terrorist elements recently tried to infiltrate into the areas of Diyala province, but the timely intervention of Hash al-Sha’abi resistance forces prevented them from achieving their goal.