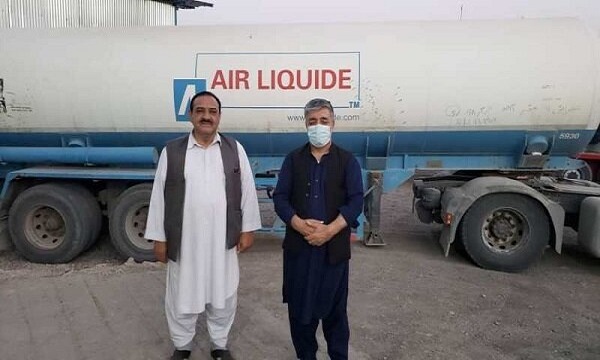 Health officials in Herat province in western Afghanistan announced that the first consignment of Iranian oxygen arrived in Herat to solve the problem of oxygen shortage in the west of the country.

As reported, exports of liquid medical oxygen from Iran to Afghanistan will be continued and by importing oxygen from Iran, the problems of oxygen deficiency for Covid-19 patients will be overcome in Herat and western Afghan provinces.

According to an agreement signed between the two sides, about 3,500 oxygen capsules will be exported from Iran to Afghanistan in the near future.

Under the coronavirus outbreak, Iran could meet a big part of its demand with the help of its knowledge-based companies. The Iranian companies are able to produce different medical equipment, including oxygen-generator systems and oxygen capsules.