Russia sends proposals to US on how to stabilize ties

TEHRAN (Defapress) - Russia has sent a series of proposals to the US on how both countries can stabilize bilateral relations, Russian Ambassador Antonov said on Monday.
News ID: 83490 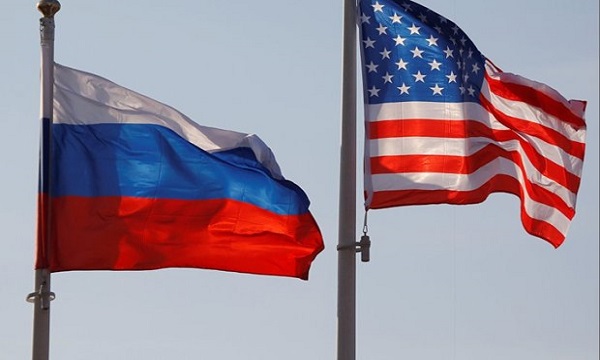 Russian Ambassador to US Anatoly Antonov returned to Washington, DC, on 20 June following last week's first meeting between presidents Joe Biden and Vladimir Putin. During the meeting, the heads of states agreed to send the nations' respective ambassadors back to their missions.

"Today I sent a number of requests and addresses to various US organizations to meet with the leadership of different structures, to discuss what we should do together to implement the positive mood that we think we took from the summit of our two presidents, [the mood for]... stabilization of Russian-American relations, which will allow us to talk about improving these bilateral ties in the future", Antonov told reporters.

He also added that the overall improvement of bilateral relations with the US depends on the political will in Washington. Moreover, Antonov emphasized that Russia is set to constructively build towards equal, pragmatic relations with America, SPUTNIK reported.

He underscored Russia's "constructive disposition" to build "equal and pragmatic" relations with the US.

According to the ambassador, in the coming days, Russia hopes to discuss with the US how to implement the provisions of the strategic stability statement. And talks with US counterparts on visa issues will resume in the near future.

Antonov returned to the US after three months of discussions in Russia. His American colleague John Sullivan is set to fly to Moscow later this week.

Upon his arrival in the US, Antonov stressed that Russian diplomats in the country were ready to mend bilateral relations. The diplomat said he will begin scheduling meetings with his US counterparts on Monday to discuss a number of problems raised by the two countries' presidents during the Geneva conference last Wednesday.