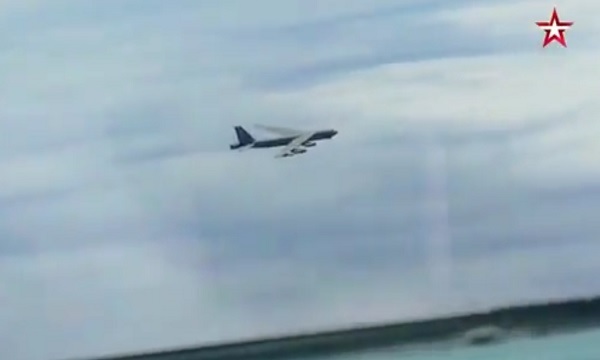 The Russian fighters identified the air targets as B-52H strategic bombers from the US Air Force Global Strikes Command and escorted them over the Bering Sea, the centre said, adding that any illegal entrance into the country's airspace was prevented.

Over the past few years, Russia has repeatedly reported the escalating activity of NATO aircraft near its borders, warning that such actions by the bloc near the country's territory might result in incidents.