TEHRAN (Defapress) - The Iranian prosecutor general in southern Hormozgan province announced the arrest of the perpetrators behind the martyrdom of three law enforcement forces in clashes with drug traffickers in Kahnouj on July 14.
News ID: 83604 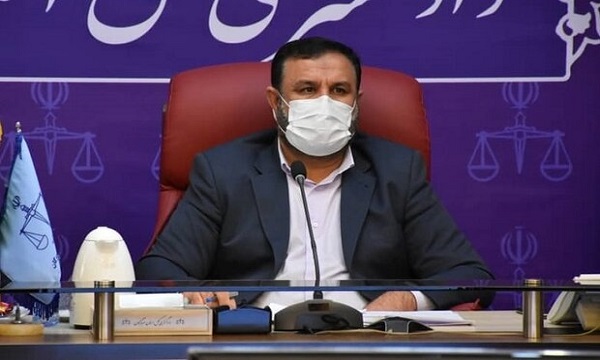 The Iranian police said earlier this month on July 14 as many as three police forces were martyred in armed clashes with drug traffickers in Kahnouj County, in southeastern Kerman Province.

Today, Ali Salehi, the prosecutor general in southern Hormozgan province, said that right after the armed clashes that resulted in martyrdom of three law enforcement forces, Kerman police and judicial officials contacted the Hormozgan Province authorities to seek help with the arrest of the perpetrators behind the martyrdom of the three police forces.

The Hormozgan prosecutor said thay could identify the hideout of the armed drug traffickers in the province in cooperation with the intelligence forces in the city of Bandar Abbass and the criminals were arrested in a swift operation.

He put the number of the criminals arrested at two.

Salehi further warned the criminals and all those who seek to undermine the security of the country that the Iranian security and legal forces will decisively confront with them.