TEHRAN (Defapress) - Two civilians are dead and 30 others sustained injuries in a Taliban* attack during a National Flag Day celebration in the eastern Afghan province of Khost, national media reported Saturday.
News ID: 83643 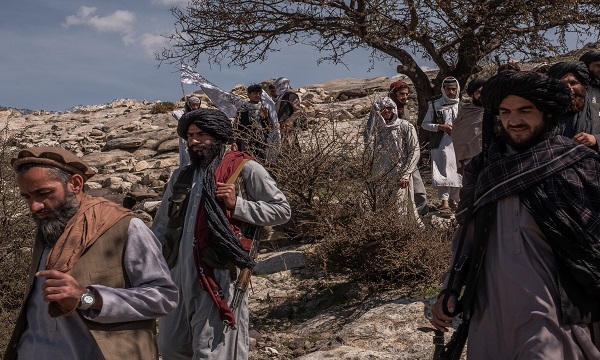 The attack took place in the Yaqubi district, TOLOnews said, without providing further details regarding the attack, according to the Sputnik news agency.

The Taliban attack in Khost comes as the latest round of mass attacks by the group on provincial capitals on Friday and Saturday, which according to Afghan local media, were repelled.

Afghan National Defense and Security Forces have pushed back mass attacks on the capital cities of Herat, Helmand, Takhar, and Kandahar provinces on Friday, according to Khaama Press news website.

Meanwhile, Afghan President Ashraf Ghani met with Afghan prominent politicians and Islamic leaders on Saturday and agreed upon ending the ongoing war and permanent and just peace in Afghanistan.

Further on Afghanistan, Taliban’s offensive on the city of Herat was criticized by some lawmakers and analysts as a clear violation of their commitments to the Doha agreement, saying it has displaced hundreds of families and has created panic in the western city.

This is while, it was reported earlier today that representatives of Pakistan, Russia, United States are reported to be planning to meet in the Qatari capital of Doha to discuss Afghanistan.

According to Khaama, the representatives of these four countries had previously met in April in Doha and concentrated on regional consensus for Afghanistan.

The meeting is apparently an extension of that held in April.