TEHRAN (Defapress) - Hossein Amir-Abdollahian who is nominated by President Raeisi to the post of the foreign minister said Sun. that Iran welcomes negotiations that are logical and the participants are not killing time when they are underway.
News ID: 83714 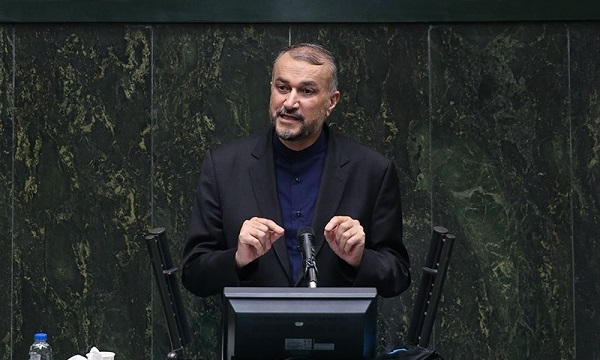 "We consider negotiation as as diplomatic tool and we leave a logical negotiating table," Hossein Amir-Abdollahian who is nominated by President Raeisi to the post of the foreign minister said at today session of the parliament to gain the vote of confidence to become next Iran's top diplomat.

"We do not tie the Ministry of Foreign Affairs to the JCPOA. We do our best to neutralize the sanctions," the nominated foreign minister added.

He meanwhile said, "We will engage in negotiations that are not prolonged and serve the interests of the nation."

As the parliament discusses the cabinet presented by President Ebrahim Raeisi on Sunday, the lawmaker Abbass Golroo said in remarks in defense of Amir-Abollhaian that while the Axis of Resistance welcomes him, the Israeli regime is concerned.