most visited
عمومی << Home Page
On sideline of SCO summit:

TEHRAN (Defapress) - On the sidelines of the SCO summit in Tajikistan, the Iranian President met and held talks with his Uzbek and Belarus counterparts and the Prime minister of Pakistan.
News ID: 83804 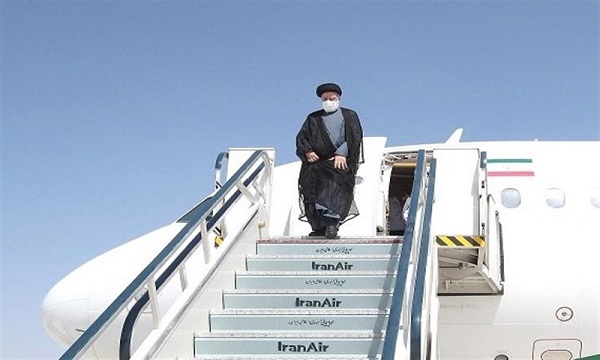 Heading a high-ranking political and economic delegation, the Iranian President Ebrahim Raeisi has traveled to Dushanbe, the capital of Tajikistan to attend the Shanghai Cooperation Organisation (SCO) summit that is slated to be held on September 16-17.

According to him, his Tajik counterpart Emomali Rahmon has invited the president to attend the SCO summit.

On the sidelines of the SCO summit, he met and held talks with his Uzbek counterpart Shavkat Mirziyoyev.

The Prime minister of Pakistan, Imran Khan was the second official who met the Iranian president today.

The strengthening of relations between Tehran and Islamabad was among the issues discussed by the two sides.

It is noteworthy to say that president Ebrahim Raeisi met with the President of Belarus Alexander Lukashenko, discussing economic issues.