TEHRAN (Defapress) - A member of the Iranian negotiating team says reaching an agreement in Vienna is close, but the US and Europeans must make decisions on the remaining issues.
News ID: 83846 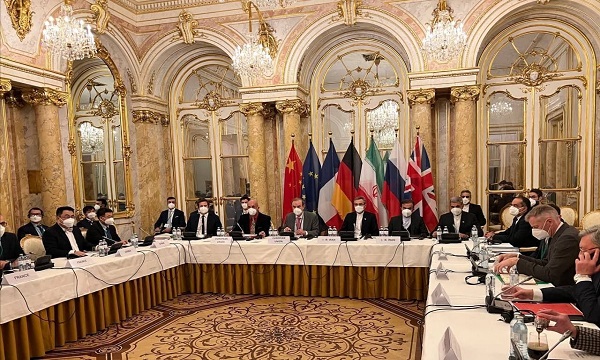 "We are approaching an agreement in Vienna. However, there are some issues remaining that need a US/E3 decision", Seyed Mohammad Marandi wrote in his Twitter account.

It is possible that a deal can be reached within days, he said, adding that the United States and the Europeans must show political will and make decisions.

Earlier on Wednesday, Iranian top negotiator Ali Bagheri Kani took to Twitter to say, "After weeks of intense negotiations, we are closer to an agreement than ever. Nothing is agreed until everything is agreed."

Refraining from extravagance, and paying attention to the experience of the last 4 years is necessary to achieve this goal, he said, adding that it is time for our negotiating parties to decide.

The eighth round of talks on the removal of all anti-Iranian sanctions kicked off on Dec. 27 in the Austrian capital of Vienna and is one of lengthy rounds of talks. These days, participants are busy actively drafting the text of the agreement and deciding on some controversial issues.