TEHRAN (Defapress) - As the talks in Vienna reach a crescendo by the day, a controversial, yet nonexistent, issue continues to take center stage in the drama surrounding the Vienna talks: breakout time.
News ID: 83851 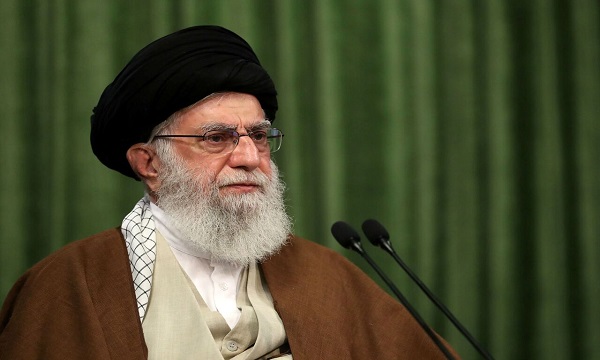 Negotiations in the Austrian capital over reviving the 2015 Iran nuclear deal, formally called the Joint Comprehensive Plan of Action (JCPOA), are approaching their end, with some estimates putting the timetable for announcing the deal as soon as next week.

French Foreign Minister Jean-Yves Le Drian said on Friday that he expects a deal with Iran to be announced next week. Le Drian said in remarks to Israeli newspaper Maariv that the level of those who will sign the agreement has not yet been determined.

Le Derian and his European counterparts are expected to meet for “coordination and clarification” talks with Iranian Foreign Minister Hossein Amir Abdollahian, who left for the Munich Security Conference on Friday.

Despite the assessments of an imminent deal, major issues such as the scope of sanctions that should be lifted and verification measures demanded by Iran remain unresolved in the talks. Iran has called for the removal of all sanctions imposed, reimposed, or relabeled by the Trump administration. Although Iran is still calling for the lifting of all sanctions, including those that were put in place after Washington withdrew from the JCPOA, the Biden administration has only accepted to lift nuclear-related sanctions and those imposed under non-nuclear authorities but having effects similar to the nuclear sanctions, according to a report published by the Lebanese newspaper Al Akhbar.

This is due to the fact that the US side is still not ready to lift sanctions related to areas such as human rights or support for terrorism, basing its position on the “more for more” rule, meaning that Tehran will have to make more concessions, which go beyond the limits of the nuclear deal, in order to lift more sanctions, the newspaper added.

The sanctions and verifications issues are tangible ones that are being discussed at the negotiating table and are expected to be included in the text of the agreement. But there is also an issue that is materially nonexistent but continues to hamper the efforts to put the final touches on the much-awaited agreement.

The issue in question is the so-called breakout time- the time needed for Iran to produce a nuclear weapon. Despite Iran’s repeated announcements that it is not seeking a nuclear bomb, this has been a major hurdle.

The kerfuffle over breakout time was so important that it was addressed by Leader of the Islamic Revolution Ayatollah Seyed Ali Khamenei in his speech on Thursday.

Addressing a number of people from Tabriz on the anniversary of the historic uprising of the people of Tabriz on February 18, 1978, the Leader said talks of breakout time for Iran is “nonsense” because Iran does not seek to develop a nuclear bomb in the first place.

He described peaceful nuclear energy as being a fundamental need for the future and stated, “The reason for the enemy’s focus on the Iranian nuclear issue and imposing oppressive sanctions, despite their knowledge of our peaceful intentions, and their utterance of nonsense such as Iran being close to producing nuclear weapons is to prevent the country's scientific progress for meeting the future needs of Iran.”

Of note, there is no such thing as breakout time in the current talks in Vienna. Nor is there any clause in the text of the 2015 nuclear deal that refers to breakout time. It is more of an abstract concept than reality.

Breakout time, however, continues to cast a long shadow over the negotiating table. Western negotiators have insisted on destroying Iran’s advanced centrifuges mainly due to their abstract concerns about breakout time. Iran proposed instead to keep the centrifuges and uranium enriched to 60 percent under seal inside the country. But according to Al Akbar, the centrifuges and highly-enriched uranium will be shipped to another country, possibly Russia.