TEHRAN (Defapress) - The UAE held a conference on Sunday in the presence of the representatives from the United States, France, and Britain to discuss the need to counter the power of Yemeni Ansarullah's drones.
News ID: 83859 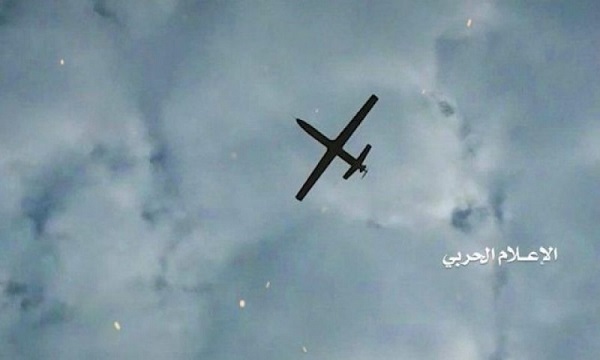 The United Arab Emirates warned Sunday of the rising threat of drone attacks, such as those launched by Yemen’s Ansarullah movement, at a defense industry conference on unmanned systems.

“We have to unite to prevent the use of drones from threatening civilian safety and destroying economic institutions,” claimed Mohammed bin Ahmad al-Bawardi, the UAE’s minister of state for defense affairs.

The Unmanned Systems Exhibition (UMEX) kicked off in Abu Dhabi, with regional and Western military and industry representatives, including from the United States, Britain, and France.

While the event will showcase the latest in high-tech drone technology, the host country warned that such weapons are becoming cheaper and more widespread.

“That is a challenge that requires us to... work together to ensure that we can create a shield against the use of such drone", he also added.

Saudi Arabia, at the head of an Arab coalition backed by the United States, launched a military aggression against Yemen and imposed a land, air, and sea blockade on March 26, 2015, claiming that it was trying to bring the ousted and fugitive Yemeni president back to power.

Not only the military aggression did not achieve any of sinister goals of Saudi-led coalition but also resulted in killing and wounding tens of thousands of Yemenis, displaced millions of Yemeni people and destroyed the country's vital infrastructure.