Any act of mischief to receive IRGC harsh response

TEHRAN (Defapress) - Commander-in-chief of Islamic Revolutionary Guards Corps (IRGC) says that any slightest act of mischief on the part of the enemy will receive the greatest response from the IRGC.
News ID: 83983 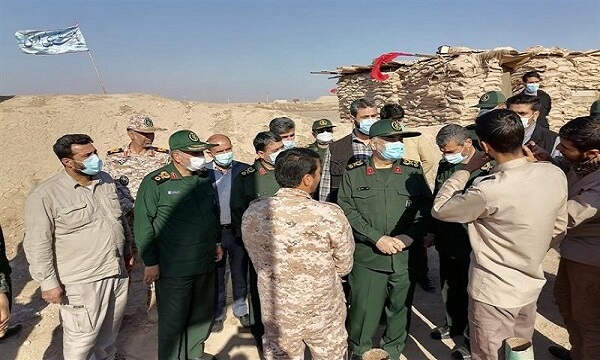 Major General Hossein Salami made the remarks on an inspection visit to Khorramshahr in southwestern Iranian province of Khuzestan on Monday accompanying the Rahian-e Noor 'The passengers of light') rallies, which are groups of religious and political caravans travel travel between visiting zones in south and southwestern in Iran to commemorate Iranian efforts and lives lost during 8-year Iraqi imposed war in 1980s.

"'Enemies do not dare to confront Iran," the IRGC top commander said.

He added that the slightest mischief on the part of the enemy will be met with the great response from the IRGC.

He described the Rahian-e Noor processions as useful wat to keep the memories of the martyrs alive and make the new generations aware of the sacrifices that the Iranian warriors made during the Iraqi imposed war waged by the western-backed Saddam regime.