TEHRAN (Defapress) - Russia is expelling a number of Bulgarian diplomats in response to the expulsion of 10 Russian diplomats from Sofia last month, the country's foreign ministry said in a statement on Monday.
News ID: 84067 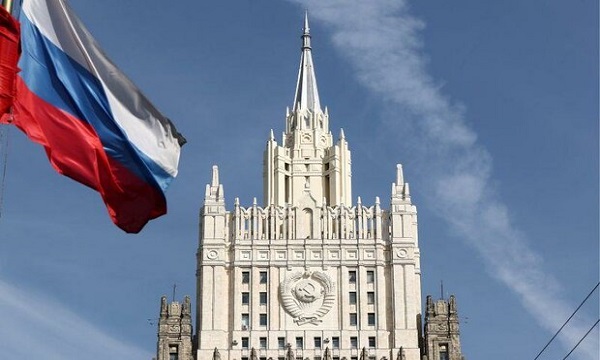 The ministry summoned the Bulgarian ambassador on Monday and declared some employees of the Bulgarian Embassy in Moscow "personae non gratae," it said, without disclosing how many are targeted, according to Xinhua news agency.

On March 18, the Bulgarian Foreign Ministry declared 10 Russian diplomats "personae non gratae" and ordered them to leave within 72 hours due to their "activities incompatible with the Vienna Convention on Diplomatic Relations."

The United States and some European countries have taken coordinated actions to expel several hundred Russian diplomats since the start of a special military operation in Ukraine.