TEHRAN (Defapress) - Iranian President says that the country’s foreign trade volume exchange has been increased and reached $100 billion, showing a considerable growth as compared to the previous years.
News ID: 84131 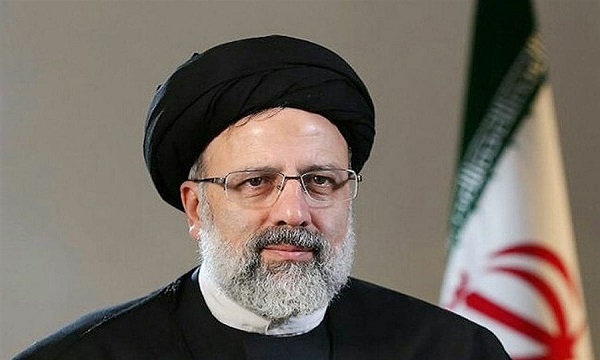 Addressing people on Monday night in a televised speech, President Raeisi stipulated that his administration is planning to modify the previous Subsidy Reform Scheme.

He pointed to the drastic measures taken by his administration especially in the fight against coronavirus and stated that the 13th administration managed to reduce high number of deaths caused by coronavirus in the country significantly in a way that daily COVID-19 deaths in the country reached seven from the previous 700 deaths, showing a dramatic slump in this regard.

He seized this opportunity to express his special thanks to the unsparing and unflinching efforts of medical staff as well as participation of people from all walks of life to contain the disease throughout the country.

"Our country has been successful in protecting lives of people and vaccination of them against coronavirus,” Raeisi emphasized.

In addition to importing vaccines, very good and drastic measures have been taken in the current administration in the field of production of COVID vaccine in the country in a way that today, the country has reached to the level that it can export coronavirus vaccine overseas, he continued.

Elsewhere in his remarks, President Raeisi promised people in the country not to worry about supplying basic goods and commodities, adding that today, concerns have been resolved in this field thanks to the efforts made by government officials.

Turning to the measures taken by his administration in line with reforming the way of payment of subsidies on basic goods and commodities, President Raeisi said that many prominent economists have always warned about the situation of payment of preferential exchange rate who emphasized that the current situation in the relevant field must be reformed.

He added that his administration has been trying its utmost effort to solve economic problems facing people of the country since the 13th government assumed office.

Iran’s oil sales has doubled, he said, adding that country’s foreign trade volume exchange has also been increased in a way that the current volume of trade exchanged with other countries has reached $100 billion, showing a considerable growth as compared to the previous years.

"We believe that forging interaction and cooperation with neighboring countries and some countries can activate our trade and economy,” he reiterated.