TEHRAN (Defapress) - Hamas Chief Ismail Haniyeh has commemorated the anniversary of Operation Sword of Quds, saying that the Palestinian resistance forces have now brought their struggle against the Zionist regime deep inside the occupied lands.
News ID: 84169 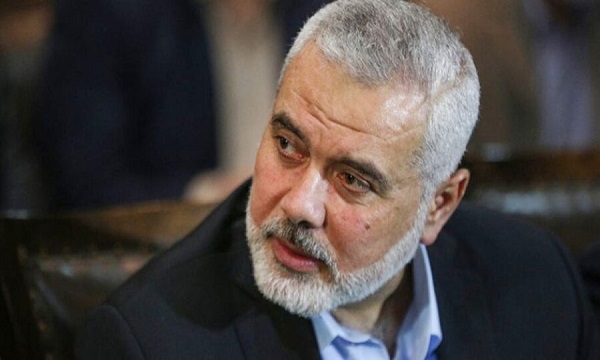 The Palestinian resistance has brough the struggle against the Zionist regime deep inside the occupied lands, according to the Chairman of the Hamas Political Bureau Ismail Haniyeh on Sunday.

He made the remarks on the anniversary of the Operation Sword of Quds, which was a 11-day battle between Palestinian Resistance forces in Gaza and the Israeli regime last year in May.

"The first results of the Operation al-Quds Sword was the initiative of the Resistance in Gaza, which dealt a fatal blow to the security theory of the Zionist regime," Haniyeh said, adding that "Today, the al-Quds Sword changed the balance of power in favor of the resistance."

The Hamas leader also said, "By no means, will we allow the Zionist enemy to conduct new aggressions on Al-Aqsa Mosque or the Palestinians in Quds, the West Bank, and the 1948 occupied territories."

The results of the al-Quds Sword battle were not limited to the geography of Palestine and reached all over the world, he added.

"Today, we are using all our capacities and capabilities to defend Al-Aqsa Mosque," the Hamas chief pointed out, calling on all the Palestinians to prepare for the battle to defend the Al-Aqsa Mosque.