TEHRAN (Defapress) - Assassinations have no effect on Iran's policy in the fight against terrorism, deputy FM Bagheri Kani said, adding that Iran's policy of preserving regional stability, and security will continue with might.
News ID: 84178 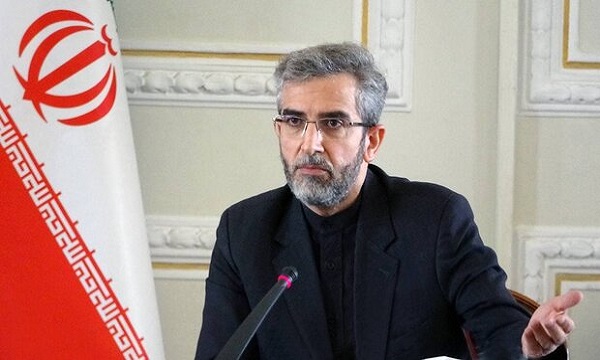 Iranian Deputy Foreign Minister Ali Bagheri Kani paid a visit to the family of martyred Sayad Khodaei, an IRGC colonel who was assassinated with five bullets in downtown Tehran.

Assassination not only does not undermine the progress of the Islamic Revolution, but the pure blood of the martyrs accelerates Islamic Revolution's path toward progress, said Ali Bagheri Kani in the meeting with the family of Martyr Khodaei.

Referring to the double standards of some Western governments towards the phenomenon of terrorism, he stated "As much as terrorism is condemned, silence against terrorism is also condemned."

The silence of some governments in the face of terrorist acts would mean they are awarding the terrorists, and terrorism will not be eradicated as long as terrorists hope to receive a reward, the Iranian diplomat said.

These assassinations have no effect on Iran's policy in the fight against terrorism in the region, and there is no doubt that Iran's policy of preserving stability, security, and fighting terrorism will continue with more power than before, he added.