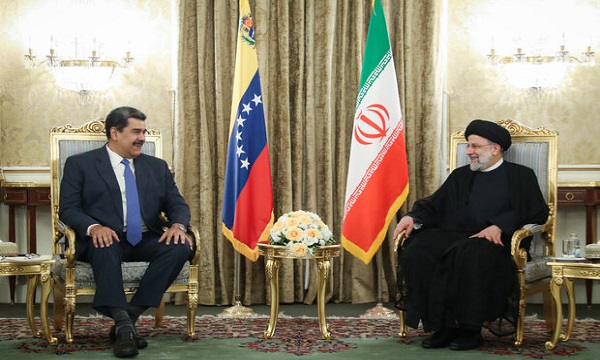 Maduro made the remarks on Thursday, speaking in an interview with Al-Jazeera, and he stressed the need for adopting diplomacy of peace and dialogue.

The West has made a big mistake by launching an economic war and imposing sanctions on Russia, the Venezuelan President said, stressing that all these actions have caused instability.

"We must call on world leaders to resolve the Ukraine issue through diplomacy and peaceful means," Maduro said.

He also called on the countries of the world to show more solidarity with the Palestinian people, saying that Palestinians have the right to create an independent state on their soil.

On Friday, Maduro paid a visit to Iran to meet and hold talks with his Iranian counterpart Ebrahim Raeisi and then with the Leader of the Islamic Revolution Ayatollah Khamenei.

Raeisi and Maduro signed a 20-year partnership agreement aimed at bolstering cooperation in various fields between the two countries.

After leaving Tehran, he arrived in Doha on a two-day trip and met with the Emir of Qatar, Tamim bin Hamad Al Thani.