Bayrak drone factory in Ukraine to be targeted 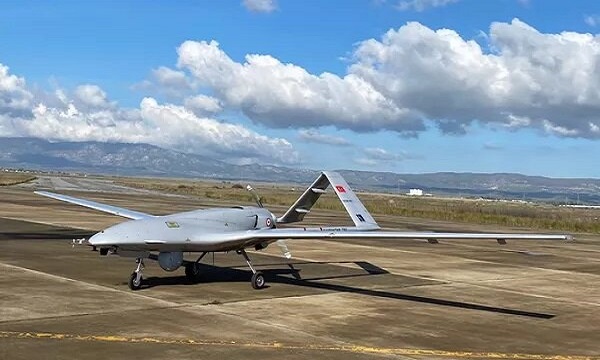 The Ukrainian ambassador to Ankara Vasyl Bodnahas said the Turkish company plans to build its factory in Ukraine and already procured land for it.

In an interview with RBC Ukraine published on Monday, Bodnar said that Baykar has already created a company in Ukraine and that a factory, which was rumored to be under construction before the beginning of the Ukrainian war in late February, is still in development.

"The factory will be built. Just a week ago, the government approved the bilateral agreement and sent it to the parliament for ratification, the agreement on the construction of the plant itself," the diplomat said.

According to the ambassador, the Turkish company has already purchased a plot of land in Ukraine and developed the project for the plant. He added that Baykar intends to build the factory, as "it was almost a personal commitment of the company owners to make this production in Ukraine."

In this regard, Kremlin spokesman Dmitry Peskov warned that if Turkish drone developer Bayrak builds a plant in Ukraine, the Russian military will consider it as a military target.

"The very fact of creating such a facility, which, of course, will immediately fall under demilitarization - this must be understood - of course, this will probably only prolong the suffering of Ukrainians, but will not help to avoid what is the goal of the special military operation," Peskov told reporters, according to Sputnik.