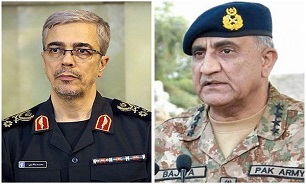 During a meeting on Monday, the two sides exchanged views on various bilateral and regional issues.

The two sides also called for development of defense and security cooperation in feilds related to industry, research and education.