most visited
عمومی << Home Page
Martyr defender shrine’s wife in a conversation with the Defapress:

My daughter, did not meet her father, but she loves him as a alive person

The wife of the Martyr defender shrine said: "My wife loved the girl, but he did not see his daughter, and Fatemeh was born six months after her father's martyrdom; my husband lived in the course of my life like a mujahideen right way, and he received the wages of all his paramilitaries in Syria.
News ID: 68961

According to epic and jihad reporter of Defapress:The martyr's life was no longer the epic of the guard of the shrine, which exposed the truth and managed to pass the right way of the children of his child to God and AhleBayt (AS), and with a quiet and heartfelt faith the path is right. The world and its beautiful features did not hit him and preferred flying to his beloved, even with the advantage of the worlds bestowed. In this observe, we have talked with Zahra Rezvankhah, the wife of the martyr "Farhad Khoshehbar", who read in the following:

Defapress: How was your acquaintance with your spouse?

Meanwhile, my husband and I was presentation to each other for marriage by Hojjatoleslam Rahim Abbasi, director of the Seminary of Langroud, was one of my father's friends, introduced the martyr to my dad and said that I would send a person to your child's solicitation, which I corroborate to myself. I did not see a young man who is so fond of to spiritual matters, though he has no fixed income, has a yearly khums, and each year he gives his own khums, give the young man a positive answer.

Defapress: Your mother did not comment on this suitor?

My mother told me throughout everything: pay attention to all things, even think that a military person is also at risk and lose 0-100 points, and then answer the question of a lifetime and a enduring choice.

Defapress: How was your marriage ceremony?

We married on August 30, 2008. Islamic values and attitude were original for me, and this also made our way open in marriage, because we had no economic requirements. My father put the amount and kind of dowry in his choice, we were four sisters, my grand sister had put up 14 coins and one hajj, I also chose the amount of my dowry.

Defapress: tell about your wife job?

He was a member of Mirza Kuchak Khan's commando. I never asked questions at home, and I did not ask because my father was 30 years old and I was proverbial with this spirit. He said that it was better not to talk at home, but I would not curious either.

Defapress: Tell us about how your wife behaves in the community?

I saw that we were living together for six years, and I was very happy and sensible with the subjects. 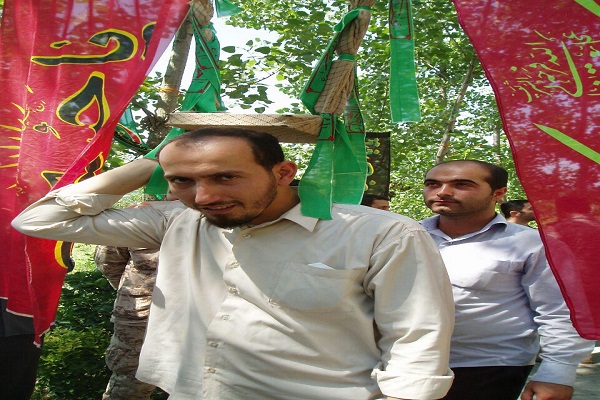 Intimate relationship with people was established

He made a friendly relationship with people and became friends rapidly. He was in the street with all the warmest greetings. He was a little kid aged 60 and 70 years old.

Defapress: What year was your child born?

Muhammad was born in the year 2012. He loved Mohammed very much and he had a good relationship with his child and loving kindness and was the heart of her attention on her family and children.

My husband was very kind and behaved well with the children

Defapress: How did he care for his child?

When my wife came home, Mohammed was hugging and playing with our child. When he even wanted to pray, Mohammad was hugging and praying, many of the associates were told what you were doing and my wife said, "Let me be my son, I will have my love, I will endure Muhammad's suffering." did not have. They say the martyrs themselves know and understand they are martyrs. She loved Mohammad very much, she was often an assignment, but when he came home, he attempted to focus on her child and take benefit of all the moments.

Defapress: How would you journey?

Our voyage was as if it was an assignment, when the free time came, he called and said, "Let's get ready. Let's go on a journey." According to the martyr, we were prepared to go and travel in the 90th minute. Calling the phone and collecting items. All his work came one time ago, we got off and once and for all, we did not have a place to journey and have fun, but we used short moments and hours without harmonization and planning. My wife thought it was significant for her family to pay attention to her family and never let our mood be tired and sad, when the moments at home were joyful. 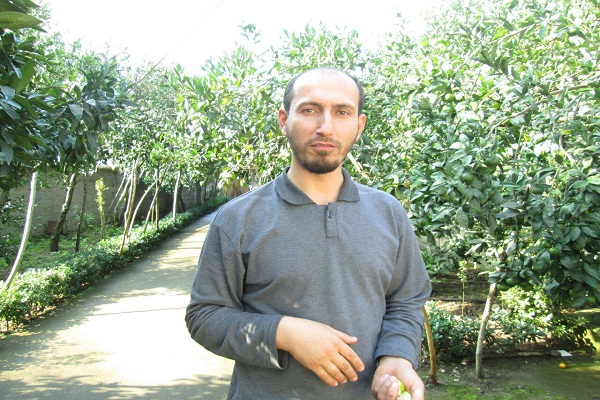 He was dreaming of studying

Defapress: What was your most important dream?

He loved to study as a bachelor. He continued to study and was disclosed to the 1992 MSc in International Law but could not carry on to study due to his working and monetary situations, but he hoped he would be able to resume his studies at an appropriate time.

Defapress: What did the martyr suggest to you?

My husband advised me that every time I get exhausted and angry, I propose a solution, and the benefits and tranquility you feel afterwards will influence you. My wife said: whenever you miss you and do not stretch you 2 prayers for the Rak'at and a page of the Qur'an. By doing so, I get sure calm and my ability for tolerance goes up against adversity.

The sacred defense storyteller was his martyrs every year

Defapress: Tell your spouse about the moral qualities?

He was attached to attitude and ethics, was paying attention in martyrs and supposed and adhered to Velayat-e faqih, and he participated in the loyalty with the revolutionary leader on the anniversary of the victorious anniversary of Imam Khomeini every year. March each year gave a narrative of the war. That is, he went along with the wayside light caravans and narrated the history of war, which was very well studied and bounded by that research and the sacred defense films.

Even the anniversary of our marriage went south, the father of my father in law jokingly said: "We took a woman for him that he stay at home but he got his with himself, Before marrying me, he said, "Every March, I will go to operational areas of the south of the country." With all its existence, the warriors lived in holy defense and martyrs, and founded the whole path of their life on this basis, and in this way tried to make his efforts fruitful. 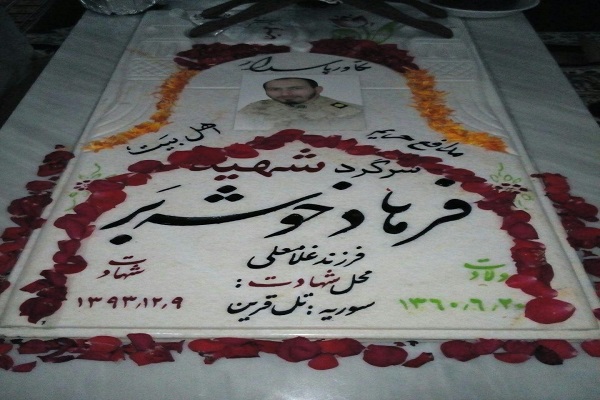 Never was so happy to go to the assignment that he was happy to go to Syria, a joy that did not fit into your skin. I asked my wife why she was too happy. He told me: "Because of this, I go to work where I learned everything from the starting." I can use my information, which I could not get until now.

The grace God granted after my wife's martyrdom

Defapress: What news did you send to your husband in Syria that he was happy?

My husband was in Bahrain in the month of Syria, telling him on the phone, that he was very happy that God would give us a girl child in a not too distant future. Every time you call, you're all right? I also said that we are fine and waiting for your visit anticipate not ending.

My husband liked daughter so much, he did not see Fatemeh; six months after her father's death, Fatemeh was born, but she is so familiar with father's image and called her father, and she looks curious, and feels that for most of the time, I feel her father. He sees, talks, goes and goes to his father's picture remotely, and finds his father among all the martyrs of the shrine, when I wanted to take him to his staff and put his tent on his head, he turned his hand to she raised the side of her father's picture and said, "Come on, let's go."

The period of life is over, it's better to be with the tmartyrdom

Some say to me why you let your wife go to Syria and be martyred, I say in reply to these friends, wherever you go and go away when your time is over. It does not matter where you are. So what's better with the martyrdom that the longing for each Faithful is, and the martyrdom that my wife had been wishing to go from this world.

Defapress: What social and cultural events have been taken after the martyr's martyrdom?

For the first time, it was hypothetical to be printed with a photograph of the martyrs, which, in spite of all the promises that were given to me, regrettably did not take place. After a general follow-up, I finally managed to do this at a personal income and publish a limited number of books with my wife's photo.

Like all martyrs, the martyr's will is to protect the veil and follow the words and orders of the Supreme Leader. We did not abandon the order of all the martyrs of the world, and do not waste our lives in the vortexes of the world.

According to the Defapress, martyr Khoshebar went to Syria on 27 December 2015, and March 9, 2015 during the same 45 days of the first phase, he was martyred.