holly Defense created the Islamic Awakening movement in the world

General Mohammad Malayeri explained the eight years of holy defense as the conclusion of the splendors of the Iranian nation and said: "holy Defense, which is rooted in the culture of Ashura, caused the appearance of the Islamic Awakening movement in the world."
News ID: 69091 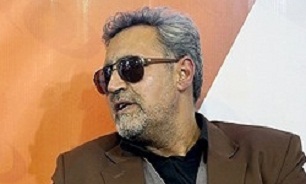 According to the Defapress service of Mazandaran, Brigadier General II, Mohammad Malayeri, commandant of the Army, and 70% of the blind defenders of the Holy Defense day in the afternoon, attended the General Directorate for the conservation of works and publishing the values of the Holy Defense of Mazandaran in a meeting with " Sayed Hossein Valipur Zarumi, the successor to the Administrative and Counselor's "Useful Asmalee", the Cultural consultant to the Director General of the Preservation of the Holy Defense of the province, expressed the memories of the holy defense and the manner of their surrender, accentuating the need to record and record the memories of the glorious time of the Holy Defense, They will have to move on to the present and future generations.

He acknowledged the age of eight years of sacred defense as the culmination of the honors of the Iranian nation and said: "Sacred Defense, which is rooted in the culture of Ashura, led to the emergence of the Islamic Awakening movement in the world.