most visited
عمومی << Home Page
We were able to / Major General Mousavi in a dialog with the Defapress:

Rahiyan noor is the place of thinking of philosophers, mystics and sociologists / the necessity to preserve the remains of war

The commandant of the army said: "Rahiyan noor is the place of thinking of philosophers, historians, mystics, military, literary, artistic and sociologists."
News ID: 69369 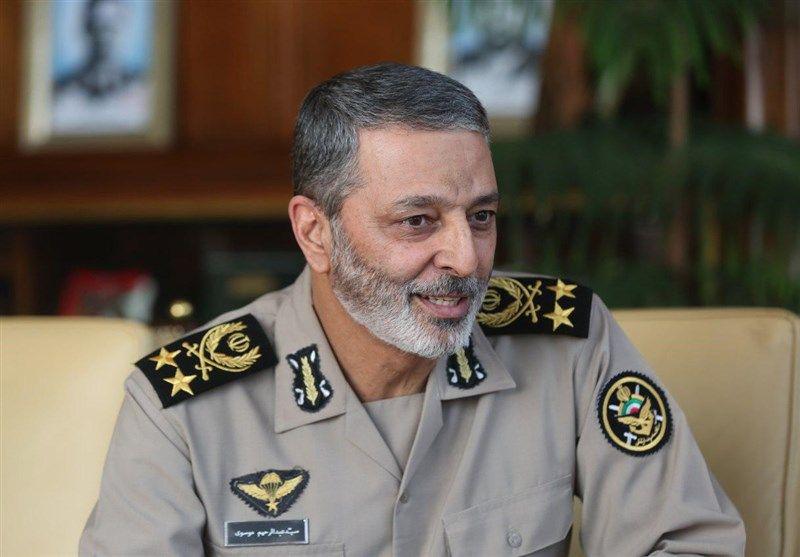 According to the reporter of Defapress news agency: in a conversation with major general sayed Abdolrahim Mousavi Commander-in-Chief of the Army of the Islamic Republic of Iran at the end of the two-day visit to Rahiyan noor Stated: Public media look to be much extra likely to work on Holy defense, Rahiyan noor, memorials of martyrs and Holy defense ico.

Major General Mousavi said: people who are literate can gather for a lifetime of literary resources from the paths of light and sacred defense. Those who are poetry and novels can take the epic from a luminous spirit.

He said: "Well, there are many words about Holy defense and light ways, and it is calm to talk about the ways of light and Holy defense, on the one hand, it does not end at all, and we may say so much that intelligence Let's go and sometimes we will be able to tell at what slant that domination will not be blessed to other scopes of the law, and in this situation, the creature will be silent.

The commandant-in-chief of the army noted that those who are interested in the history and philosophy of history would come to these lands and see how the oppressed people could stand with empty hands in contradiction of the aggressive enemy and show that the right eventually wins victory over falsehood.

He continued: those who are interested in social subjects will come to the Rahiyan noor and see what these lands initiate from, from where they came from and from what level, how they were cultured and what social rank they had. Warriors and Holy defense warriors approved through their families, friends, welfares and loves and sacrificed their lives. They left everything in their cities and came to the fronts.

He emphasized: that those who are absorbed in religion will come to see how a confrontational youngster and young man became a spiritual in the short time. Mysticism is the search of different homes and the whole removal of Allah. The warrior youth in the blessed defense soon ceased to occur; they did not observe the commonplace conclusion, but the disjointedness of those who unwritten that era.

He added: "What is now presented from the Holy defense is actually stripes of a treasure." Adam feels how much lessons and lessons are left for different strata.

General Mousavi continued, "The warriors were linked to God in the Holy defense and had a close association with God, and the so-called modern worlds were online. They knew that God would spontaneous the phone and reply. At that time, Earth and sky were close together, and we understand this petite. If he could reach the sky, he immediately got it and it felt.

The commandant of the army said: "Those who seek military and armed lessons who want to see the embankments and the route of defense and occurrence, and learn the educations of the war on the real milled, will come to these lands."

General Mousavi also definite: "The armed militaries should, as far as they can, and other state and government activities, help to grow the way of light. We should not imagine some families to stand the trouble of itinerant to light, so they should deliver amenities to make it easy for families to have memorabilia and light paths, one of which is the ability to access appropriate memories and is a suitable accommodation for pilgrims.

The commander of the army argued that the remnants of the remnants of war should be preserved: these works will help pilgrims understand how warriors defended their country.

At the end, General Mousavi said: "There is a lot to be done in this regard regarding the artistic magnetisms of the Rahiyan noor and the Holy Defense." Of course, there have been very good actions by the people who have to fix the limitations so that we can see more actions.