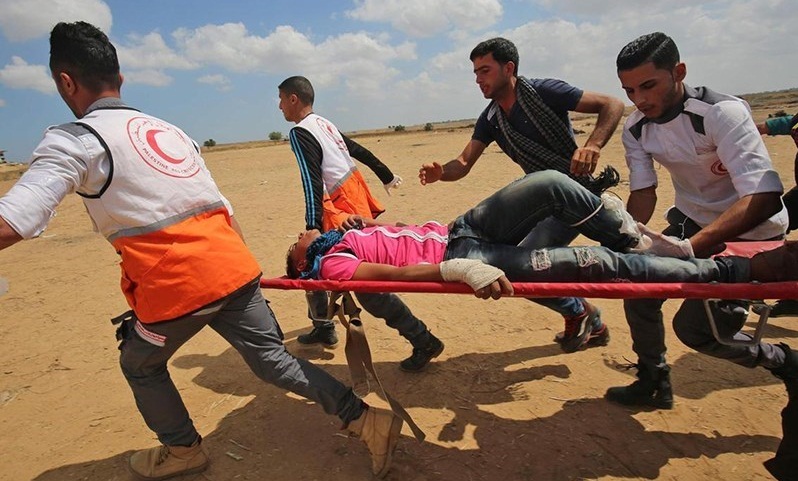 TEHRAN (Defaprss) - Israeli troops on Monday opened fire at Palestinian protesters who have gathered near a Gaza fence as part of a six-week demonstration coinciding with the inauguration of US embassy in Jerusalem (al-Quds).

According to Gaza health officials, at least 55 Palestinians have been shot dead and over 2500 have been wounded by Israeli forces.

The United States officially opened its embassy to Israel in Jerusalem (al-Quds) on Monday, despite warnings from around the world that the measure risks triggering a fresh wave of violence in the Middle East.