Foreign Minister Sergey Lavrov announced that Russia has never begged to be invited back to the Group of Eight (G8) of the world's most advanced economies and is working well in other negotiating formats.
News ID: 70639 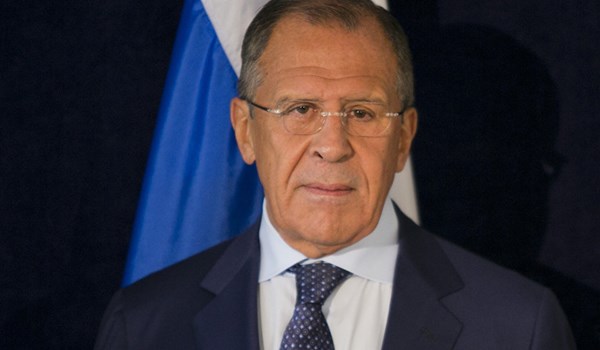 TEHRAN (Defapress)- "[Russia has] never begged to come back. When our Western partners made the decision to not participate in the G8 anymore by returning to the G7 format, we took it as their decision. And we are working perfectly in other formats, such as the SCO [Shanghai Cooperation Organization], BRICS, and especially the G20, where our partners share our approaches," Lavrov stated on Russia's Channel One broadcaster on Saturday.

The Foreign Minister also stressed that the G20 was the most promising format, as it was a platform for finding a consensus.

"Ultimatums do not work within the G20, negotiations are required there. The G20 is a mechanism for reaching consensus. I believe it is the most promising option for the future," he said.

On Friday, the leaders of the G7 countries — Canada, France, Germany, Italy, Japan, the United Kingdom, and the United States — kicked off their annual two-day summit in Quebec. The group used to be called the G8 before Russia's membership was suspended in 2014 after the outbreak of the Ukrainian crisis.

US President Donald Trump told reporters on Friday the G7 should allow Russia to rejoin the group to revive the G8, stressing that the G7 has a "world to run", and Russia should be at the negotiating table.

Trump on Saturday added that some of the G7 countries spoke in favor of Russia’s return to the format, and he personally believed that the G8 would be more meaningful for the world.

The President noted that Moscow’s return would an asset for both Russia and all the G7 countries.

The idea of restoring Group of Eight (G8) format with Russia's participation will be restored was also supported by Italian Prime Minister Giuseppe Conte.

"One of the topics that was discussed was Russia. Italy always shares the position of dialogue, which does not mean the lifting of sanctions any day now. This system is linked to the Minsk agreements that are still in the process of implementation. Time is needed to achieve this result," Conte told reporters on the sidelines of the G7 summit in Canada.

"However, we told all our partners, including the European ones, that having Russia in isolation, given that it plays a central role in the most delicate geopolitical crises, does not suit anyone. So Italy's personal hope is [to restore] the previous G8 format with Russia's participation," he said.